Parochial Dissonance (Æther Sound, Dec. 4, 2020) – The title of this release describes the tragedy, loss, and suffering experienced when we narrow the scope of our worldviews. The album is a series of solo pieces captured from three streaming performances during the COVID-19 pandemic, and two live performances just before. Each piece was improvised within sets of rules applied to process, time, texture, and tonality. The pieces were performed on various synthesizers and Rhodes electric piano with occasional use of looping, arpeggiation, and signal processing. Continue reading for a look at the liner notes. END_OF_DOCUMENT_TOKEN_TO_BE_REPLACED 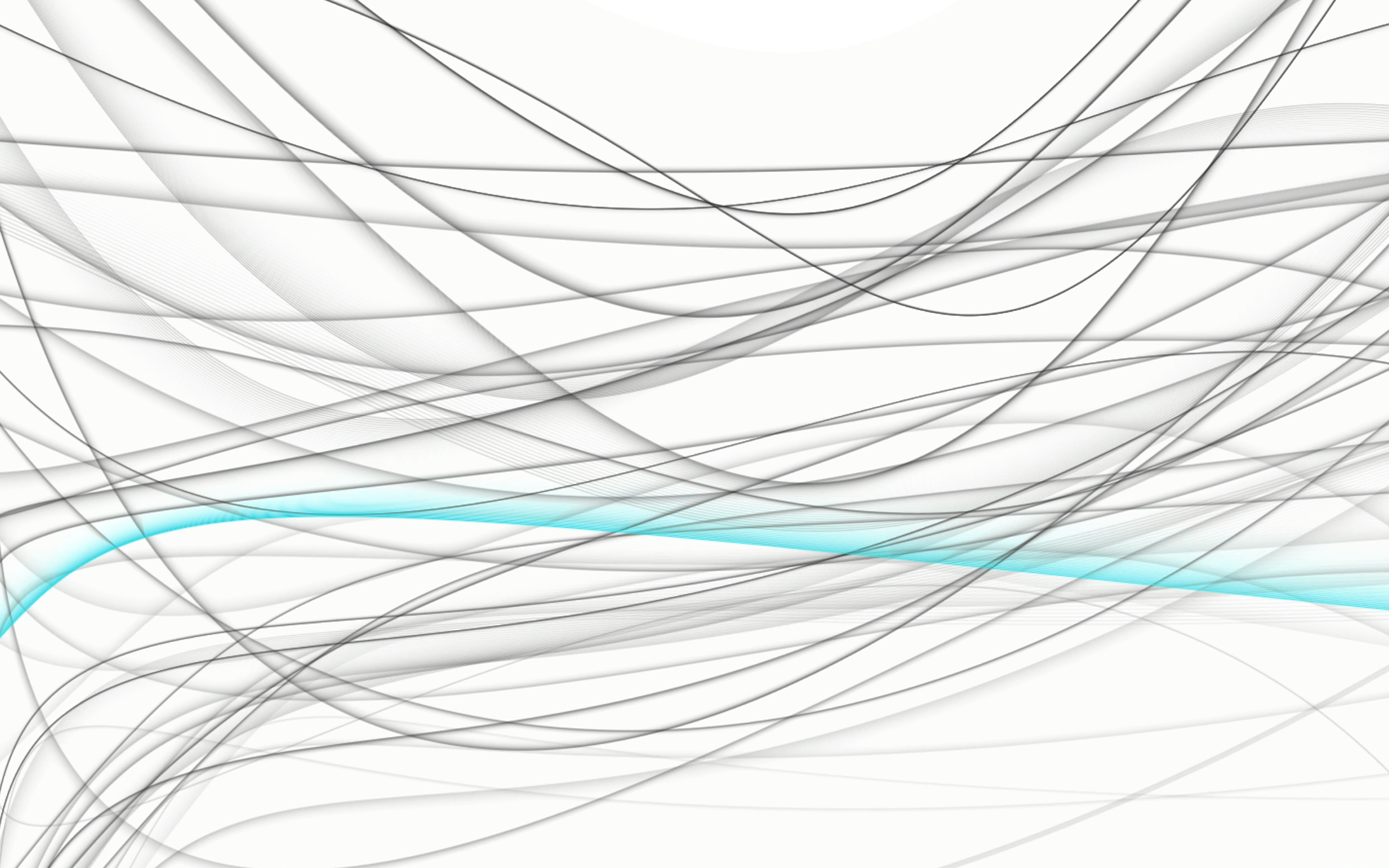 Drones is the next piece in the Strands series. These audiovisual compositions illustrate the interpretation of animated, generative, graphic scores written in JavaScript. Drones is made up of animated Bezier curves. Interpretation of this piece is more abstract than the others. I interpret the motion of the curves as layered, morphing drones. This piece might elicit entirely different results from one performance to the next.

END_OF_DOCUMENT_TOKEN_TO_BE_REPLACED 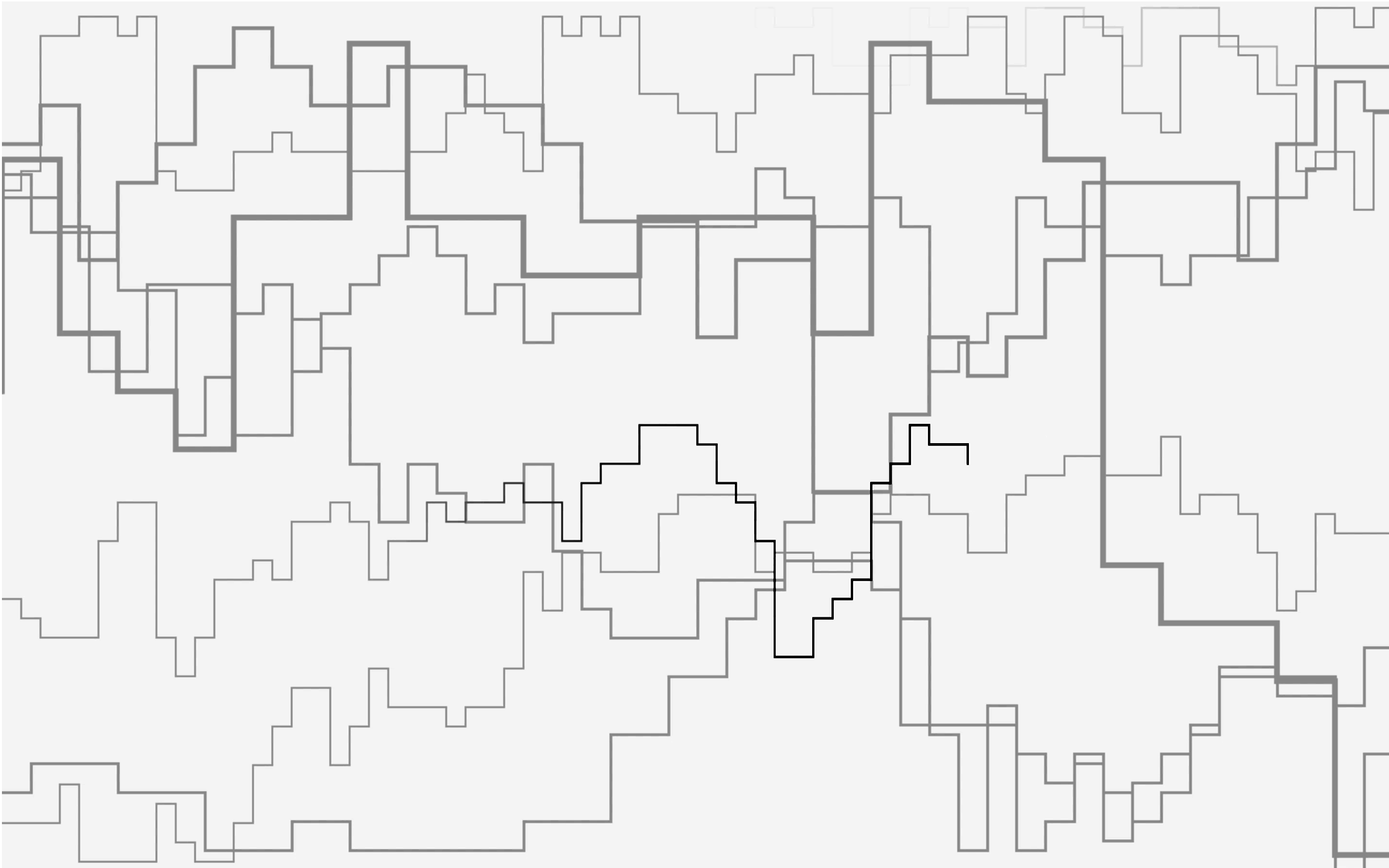 Generator is the next piece in the Strands series. These audiovisual compositions illustrate the interpretation of animated, generative, graphic scores written in Javascript. Generator is made up of connected line segments that that go from left to right, up, or down, but never in reverse. The weight and length of each segment is consistent across the width of the screen and changes once a new set of segments starts again from the left.

I interpret each set of segments as an arpeggio. The tempo of each arpeggio is decided by the segment length. Shorter segments, drawn more quickly, are paired with faster arpeggios. As the line segments wander up and down I generally interpret the Y axis as pitch, but because the direction of each segment is random the pitches are not exact representations of the paths that are displayed; neither is it the intent to exactly follow the visuals. Instead, musicians interpret the score so that human qualities contrast the computer generated visuals.

The aesthetics of the pieces in this series, both visually and sonically, are secondary to the objectives. First that the scores are composed for the purpose of being read by musician(s). Secondly, the artist(s) have space to improvise within their interpretations. Thirdly (in addition to interpretation) aleatoric elements make the pieces significantly different from one performance to the next. Finally, although the performances vary, distinct characteristics identify each piece.

The objectives of these pieces lead to music that is often atonal and/or atemporal. After about a dozen rehearsals, performances, and recordings with a trio and as a soloist it has become apparent that tonality and timing often do emerge. For example, in Generator the tempi of the arpeggios change with each animated progression from left to right. Arbitrary rests are interspersed with random lengths. This amounts to timing without time signatures. And, since the pitches are left up to the artist the notes performed may or may not be in key. In my performance I chose to use a variety of intervals and scales leading up to the chromatic scale at the conclusion. 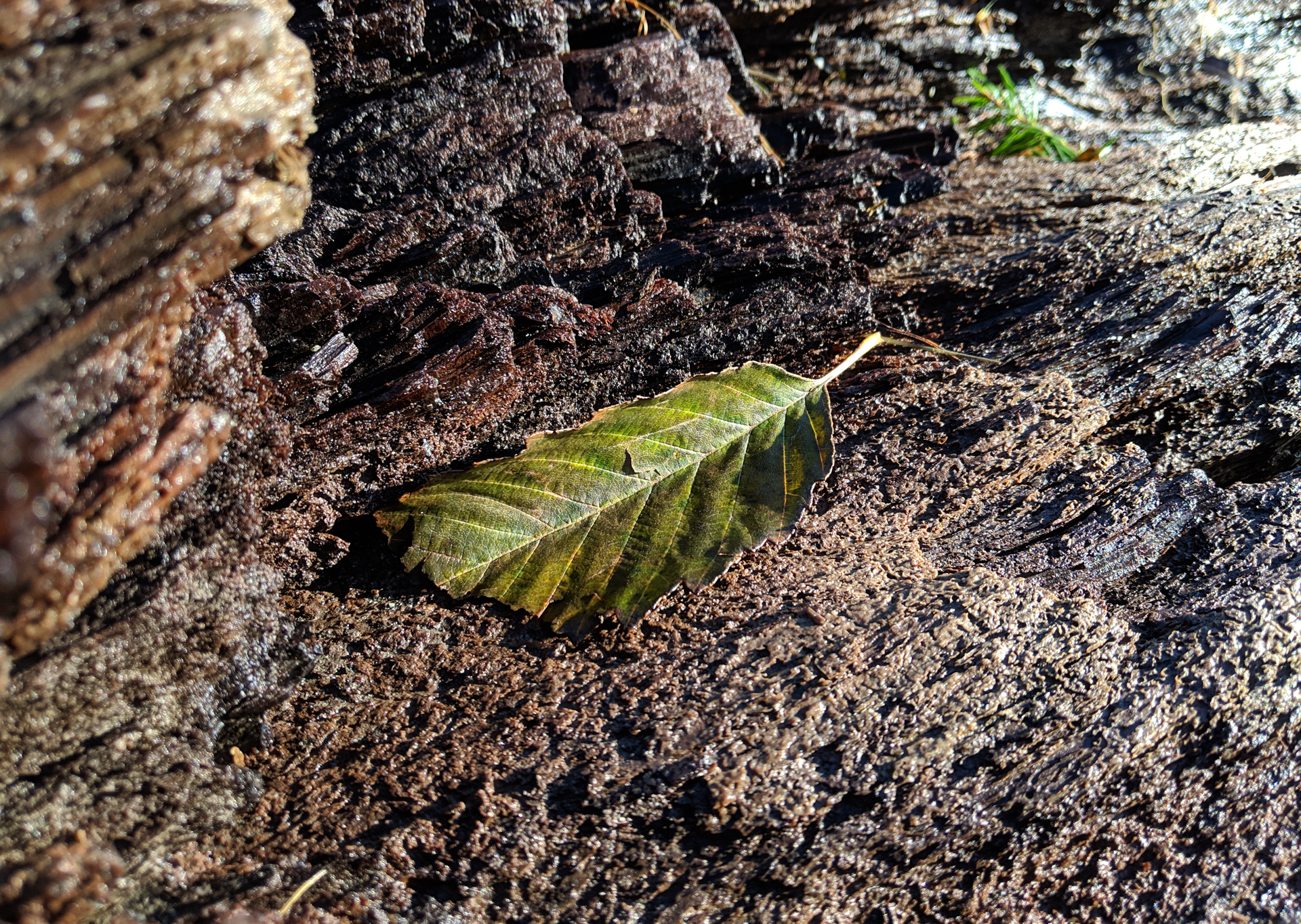 On Wednesday February 22nd, 2017 Sound / Simulacra featured Graham O’Brien at Jazz Central Studios. This was only the second event in the series and somehow these recordings captured by Dave Kunath slipped through the cracks. Fortunately I came across them recently so I can share them now. This concert was shortly before Graham and I performed for Merce Cunningham: Common Time at the Walker Art Center. During this period we were trying a lot of things with aleatoric techniques. This included graphic scores with chance elements, randomized digital sounds that Graham triggered from his acoustic drums, and randomized sound design I was triggering from the PreenFM2.

Aniccha Arts premieres a performance installation inside a seven-level parking garage. The project asks questions about transience, migration, and stability in a space that temporarily stores cars and is home to nothing. Performers pervade the parking structure with their bodies, working against the visible slant of the ramp to find their individual verticality. Questions we asked in creating the work: How do we find softness in a landscape of concrete? What anchors us on these alternating planes? How do we connect across such a complex landscape? video by: Cully Gallagher

This video by Cully Gallagher is 3 minutes and 30 seconds of fragments from the approximately 44 minute long Parking Ramp Project. Composing music for this performance installation showed me how far it is still possible to explore improvised music through experimental processes. Considering the acoustics of the parking ramp was a critical consideration within the musical scope. One approach to this was rests coded into the algorithms that allowed for the music to decay during long pauses while the ambient sound of the space inserted itself as an unintentional “performer”.

I am humbled by the willingness of the Pramila Vasudevan and other collaborators to humor my absurd scheme to compose the work using Javascript. This language allowed me to quickly produce animated, generative, graphic scores. It was also a privilege to perform the music with Peter Hennig (drums) and Cody McKinney (bass/electronics) who effortlessly interpreted the graphic scores. You can read and hear more about the project or continue for a gallery of screen grabs from the animated graphic scores. END_OF_DOCUMENT_TOKEN_TO_BE_REPLACED