This quick demo illustrates how TX81Z Patch Degrader is interpolating between previous and newly generated parameter values. TX81Z Patch Degrader is a Max for Live MIDI effect that chips away at patches on the TX81Z by randomly changing (or degrading) parameters at a specified rate. What makes the process interesting is that it is possible to ramp up or down (interpolate) to the new value rather than changing it instantaneously.

To create the Max for Live MIDI instrument I started with TX81Z Editor 1.0 by Jeroen Liebregts who was kind enough to share his work on maxforlive.com. I added in the degradation process features and made some adjustments to the interface to make room for the controls. Once I get things shaped up I’ll be happy to share the patch if anyone is interested.

The features I added are visible in the second panel of the TX81Z Patch Degrader Max MIDI effect. I’ll describe them from the top down:

The TX81Z has a fairly small buffer for MIDI values, so spraying values at it too quickly will generate the “MIDI Buffer Error”. However, even after getting the error it will continue listening to the incoming data, so even though it might be skipping a parameter here and there it lets me keep throwing things at it. The video below shows how the LCD display responds to the stream of values coming at the machine.

I’ve saved quite a few very interesting effects so far and have nearly run out of the 32 patch positions available on the unit. Perhaps the next step is to add a library feature especially since I’m not thrilled about the idea of saving patch banks to cassette! 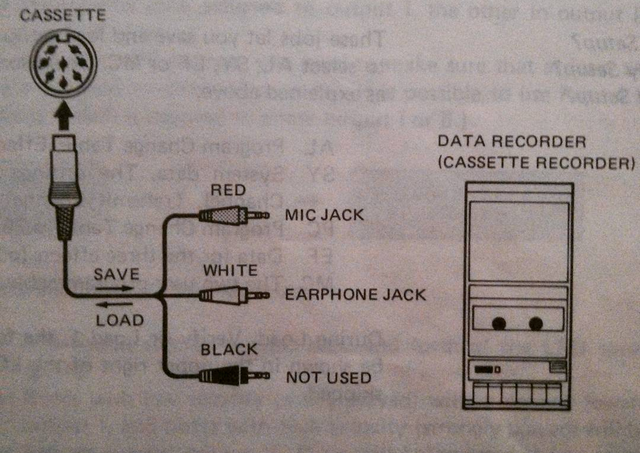 Here’s another movement from my composition Vocalise Sintetica that I performed at Echofluxx in Prague and later during Northern Spark 2014. I named the movement Rheology after the study of the flow of matter in the liquid state. The audiovisual content was created with a Max patch I developed called AVGM (AV Grain Machine). The instruments that I used to create the accompaniment include: DSI Tempest, Bass Station II, Korg Volca Keys, and Memory Man Delay.

This is a screen capture from a Max project I developed that does interactive, synchronized, granular synthesis of corresponding sound and video that’s tentatively titled AVGM for Audiovisual Grain Machine. I have used the software during aperformance at the Echofluxx festival in Prague and at the Katherine E. Nash gallery for the opening of The Audible Edge exhibition during Northern Spark 2014.

Voice Lessons is an electronic, audio device that interrogates the popular myth that every musical instrument imitates the human voice. Touching the screen allows the participant to manipulate the visuals and vocalizations of the “voice teacher” as he recites vocal warm up exercises.

The piece resides in the space between a musical instrument and voice lesson. Move the touch point left, right, up, and down to explore the visual and auditory possibilities. Rapid high pitched loops occur while touching near the top of the screen while lower pitched longer loops are heard near the bottom.

The actor, also named John Keston, is my retired father who became a voice teacher after a long career on stage in plays, operas, and musicals with the Royal Shakespeare Company in our native country England and abroad.